Yes, another last minute opportunity presented itself, and I was going to share the car with Luca Sadun (ITA) and Benjamin Mazatis (DEU) – this would be fun!

With the best possible weather this time of the year, we had each driven some laps with passengers on Friday afternoon, so on Saturday morning we were ready for qualifying. We all drove two laps and my 9:29 put us in P14 of 20 which is not great, but with a good chance of advancing during the race.

Luca took the start and indeed after 5 laps he was on P10, but then he has a spin on GP, without hitting anything, and the Cup5 pack is so tight together that two cars managed to get past, so back to P13. He could already take one place back in the next lap and with some cars pitting a lap earlier than us we were on P9 when Benjamin started. He put in some very solid laps and we found ourselves on P6 for a while. Luca and I joked about the minute he had lost spinning and having to reset the car later that same lap; one minute was now more than the distance to P3! Unfortunately a short while later came the radio message we don’t like; Benjamin had crashed, but was OK and could get the car back to the pit. The crew threw themselves at the car, changed some parts at the front left, taped it up and sent me out in P16 to finish the race. Car did not feel much different from what it had been during the qualifying so I could push like normal. Unfortunately, there were so many accidents that it was difficult to find a real good rhythm and I did not feel that I advanced much, but in the end we finished at P13.

Although it will be a race remembered as one that could have, might have been great, we still had good fun and look forward to racing together again when the opportunity is there. 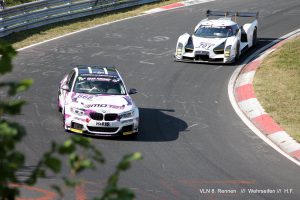 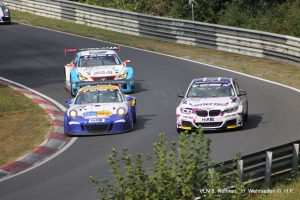 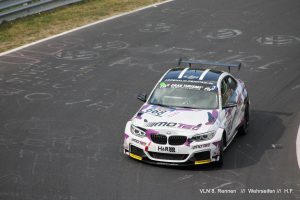 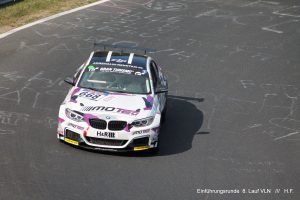 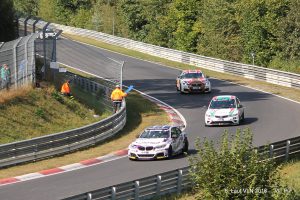 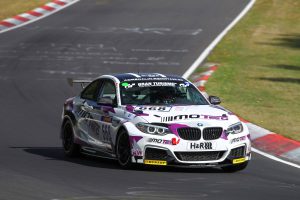 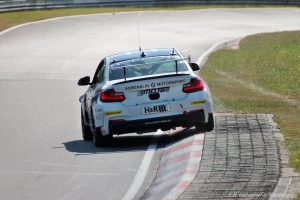 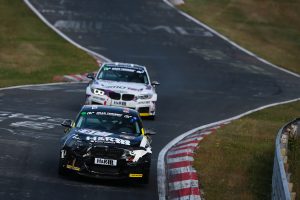 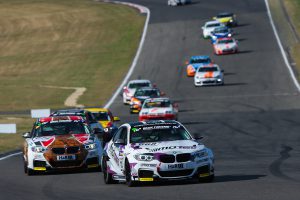